Sri Chaitanya Mahaprabhu, the pioneer of the modern Hare Krishna movement, appeared in Mayapur, West Bengal over 500 years ago. Born on February 18, 1486, the divine incarnation of Radha-Krishna. He is Krishna Himself, who appeared to inaugurate the yuga-dharma – the Harinama Sankirtana (congregational chanting of the holy names of the Lord).

kṛṣṇa-varṇaṁ tviṣākṛṣṇaṁ
sāṅgopāṅgāstra-pārṣadam
yajñaiḥ saṅkīrtana-prāyair
yajanti hi su-medhasaḥ
In the age of Kali, intelligent persons perform congregational chanting to worship the incarnation of Godhead who constantly sings the holy name of Krishna. Although His complexion is not blackish, He is Krishna Himself. He is accompanied by His associates, servants, weapons and confidential companions.
krsna-varnam: This word denotes that Lord Chaitanya belongs to the category of Krishna or in other words He is Krishna Himself. krsna-varnam also means one who constantly chants the name of Lord Krishna.
tvisa akrsnam: His bodily complexion is not black. He appeared in golden-like yellow complexion.
sangopangastra-parsadam: Lord Chaitanya is always accompanied by His confidential associates like Lord Nityananda, Advaita Acharya, Sri Gadadhara Pandita, Srivasa Acharya, Haridasa Thakura, etc. In other incarnations, the Lord sometimes made use of His weapons to defeat or kill the demons, but in this age the Lord subdues the demonic mentality with His all-attractive figure of Chaitanya Mahaprabhu who freely distributes Krishna-prema, pure love of Krishna. That is His weapon.

Each of the 1000 names contained in the Vishnu-sahasra-nama stotra that is found in the Mahabharata, glorifies one or more aspects of the Supreme Lord’s transcendental forms, qualities, pastimes, etc.
The following names indicate the bodily features of Lord Chaitanya.
suvarna-varno hemango varangas candanangadi
suvarna-varna: He has a golden complexion.
hemanga: He has the appearance of molten gold.
varanga: He is exquisitely beautiful.
candanangadi: The Lord’s body is smeared with sandalwood pulp.
Lord Chaitanya’s qualities and activities are described in the following names.
sannyasa-krc chamah santo nistha-santi-parayanah 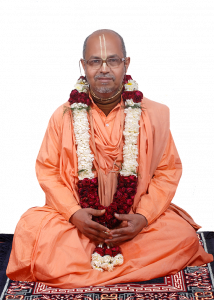 © All Rights Reserved. Developed by DigitalWebdia under the grace of Radha-Krishna & Guruji 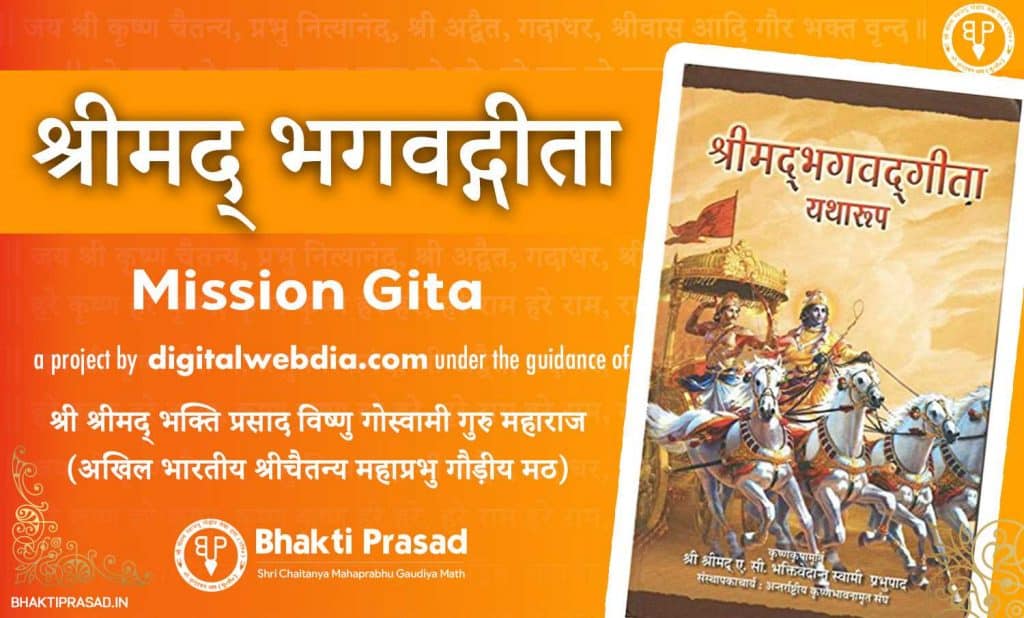